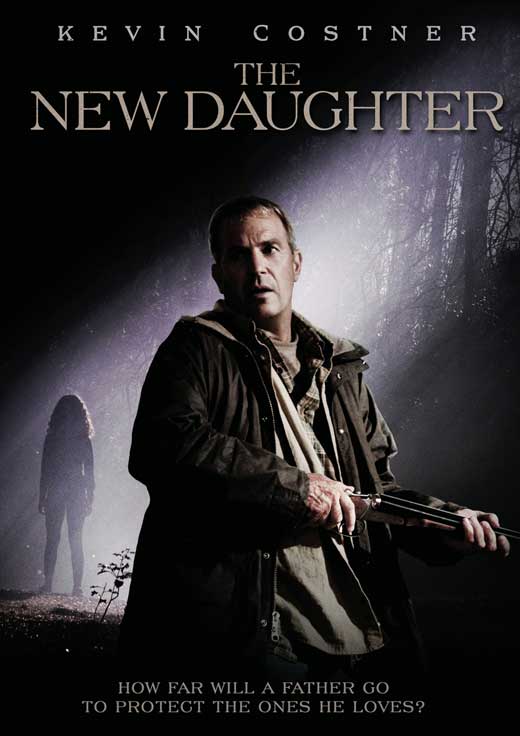 Based on a short story of the same name by John Connolly, The New Daughter tells the story of a novelist, John James, and his two children who encounter a malevolent presence when they
move into their new house. One day, while exploring the surrounding fields of their new home, the James children come across a large mound to which Louisa is strangely attracted. John soon learns that his new home is an urban legend; locally infamous for the disappearance of a woman who previously lived there.

THE PSYCHIATRY OF THE NEW DAUGHTER

The burial mound, Louisa’s strange attraction to it, and her consequent symptoms all support a case of ghost sickness; a culture bound syndrome that occurs among Native American tribes, originating from the Navajo. First, the sufferer is obsessed with death or a certain deceased person (many Native Americans with ghost sickness may actually be suffering from a complicated bereavement). While we don’t know the ancestry of the James family, ritualized mound burials link cultures across the globe, explaining why Louisa would be at risk for developing ghost sickness. Furthermore, the woman who previously lived in the home (the object of Louisa’s obsession) may have been of Native American heritage. A common belief among the Kwakiuti tribe is that a child’s soul is weaker than that of an adult. Taken together, children such as Louisa would be more vulnerable to develop ghost sickness than adults. An alternative theory is that John killed his ex-wife and buried her under the mound on his new property, thus explaining Louisa’s pathological grief process.

In any case, the sufferer begins to have nightmares and dreams, then later feels queasy when the physiological and psychological symptoms set in. Louisa has nightmares and sleepwalks the
night after she lies on the mound. The next day, John is called by the school to pick up Louisa who is nauseous. Thereafter, Louisa demonstrates additional symptoms of ghost sickness
including a change in appetite, depression, and irritability.