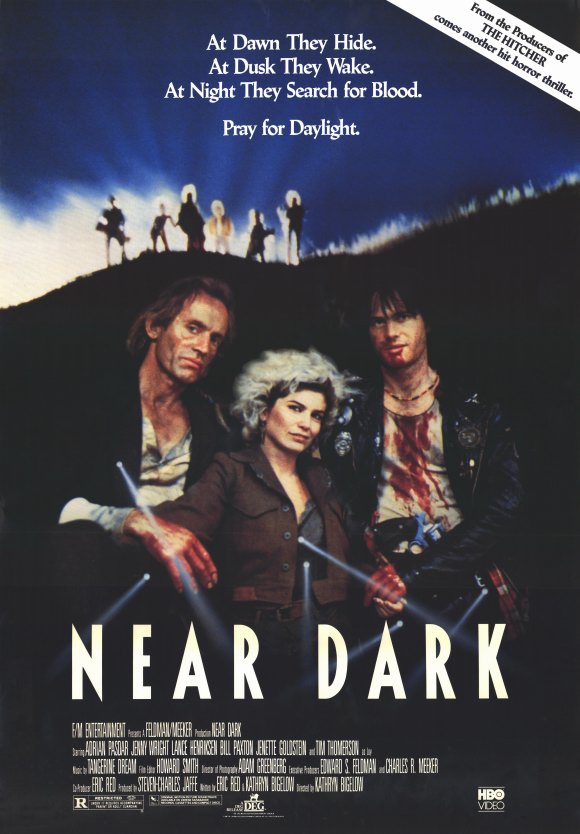 Near Dark is a 1987 “hillbilly vampire” movie (Rosenbaum J, 2009)that follows Caleb Colton in a small Kansas town who becomes involved with a family of nomadic undead. The movie is about Caleb’s struggle separating from his family, and serves as a case study of the moral development of a conflicted teenager.

THE PSYCHOLOGY OF NEAR DARK

While Near Dark aims to depart from other 1980s vampire movies such as Fright Night (1985) and The Lost Boys (1987), its central character is nonetheless a vampire, the apex predator. Inspired by Lord Byron’s Fragment of a Novel (1819), John William Polidori, a physician, conceived the vampire in his novella, The Vampyre; a Tale. Polidori’s creation, Lord Ruthven (also referenced in Byzantium, 2012), depicts a blatant disregard for and violation of other’s rights, cardinal features of Antisocial Personality Disorder (APD).

Building on Polidori’s precept, Abraham “Bram” Stoker was further inspired by texts such as An Extraordinary and Shocking History of a Great Berserker Called Prince Dracula in creating Dracula in 1897. The Count’s imprisoning Jonathan Harker is further testament to the vampire serving as a metaphor for APD. In Near Dark, the gang’s feeding frenzies depict the Freudian id guided by the pleasure principle. Their biological drive to feed is the basic Maslowian need (“A Theory of Human Motivation,” 1943), and conflicts with Caleb’s love and compassion for his sister, Sarah.

Scenes in Near Dark also reveal how horses react when approached by vampires. Such scenes underscore that horses are prey animals with “coherent” heart rates. Since their heart’s electromagnetic field (torus) is 5x that of humans, horses’ heart rates mimic humans’ who are in close proximity. The end product of these dynamics is that horses are exquisitely sensitive to human’s non-verbal communications. While vampire movies demonstrate this by having horses buck, universities such as Rutgers Robert Wood Johnson Medical School utilize horses to teach students and residents about non-verbal communication and bedside manners (http://www.springreinsofhope.com/about/capraBio.php).