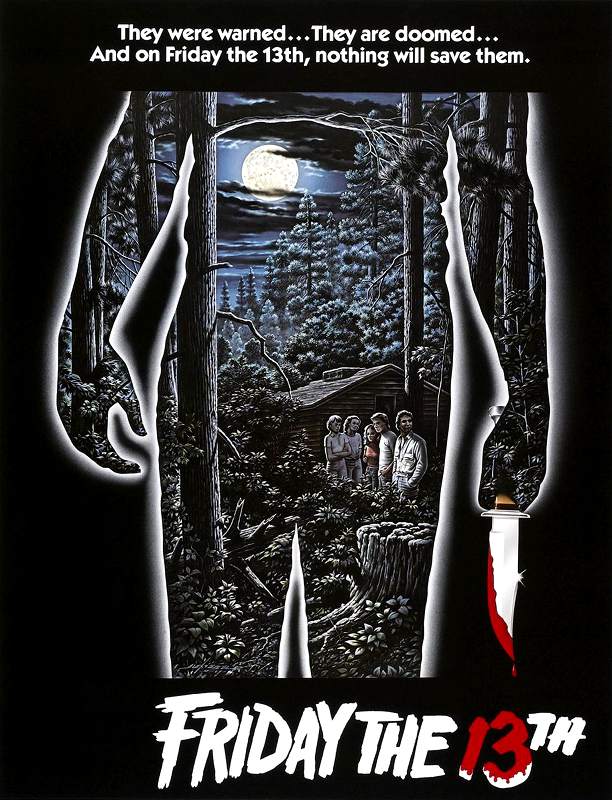 Filmed in Blairstown, NJ, Friday the 13th is a 1980 slasher film written by Victor Miller. New Jersey stands second to no one when it comes to the weird and sinister. Many movies (The Toxic Avenger) and media (War of the Worlds radio broadcast) have either been set in or inspired by (Jaws, Halloween) events that have occurred in the Great Garden State (yes, even The Amityville Horror was partially filmed in Toms River, NJ!).

Friday the 13th depicts a group of teenagers who are murdered one-by-one while attempting to reopen an abandoned campsite. The movie begins in the summer of 1957 with two camp counselors being murdered by an unseen assailant after they sneak away to a cabin to “party.” The film then jumps to present day, and chronicles the ill-fated attempt of Steve Christy and a group of counselors to reopen Camp Crystal Lake. Friday the 13th introduces the uI?ber-slasher, Jason Voorhees, an imposing giant donning a goalie mask and wielding a machete.

THE PSYCHIATRY OF FRIDAY THE 13TH

Friday the 13th serves to teach points of the Substance-Induced Disorders and Syndromes such as the introduction of the fetal alcohol syndrome (FAS) through plot summary. For example, the motive behind the mass murders at Camp Crystal Lake correlates with a case of FAS. [Spoiler Alert] When Mrs. Voorhees reveals herself as the killer, we learn that her rampage is the result of severe mental illness endured from the loss of her son, Jason, who drowned because camp counselors were drinking and having sex. Just as FAS results from the teratogenic effects of alcohol (in utero), the fate of a young Jason Voorhees results directly from the influence of alcohol on camp counselors who were partying instead of supervising the 11-year-old boy swimming in Crystal Lake.