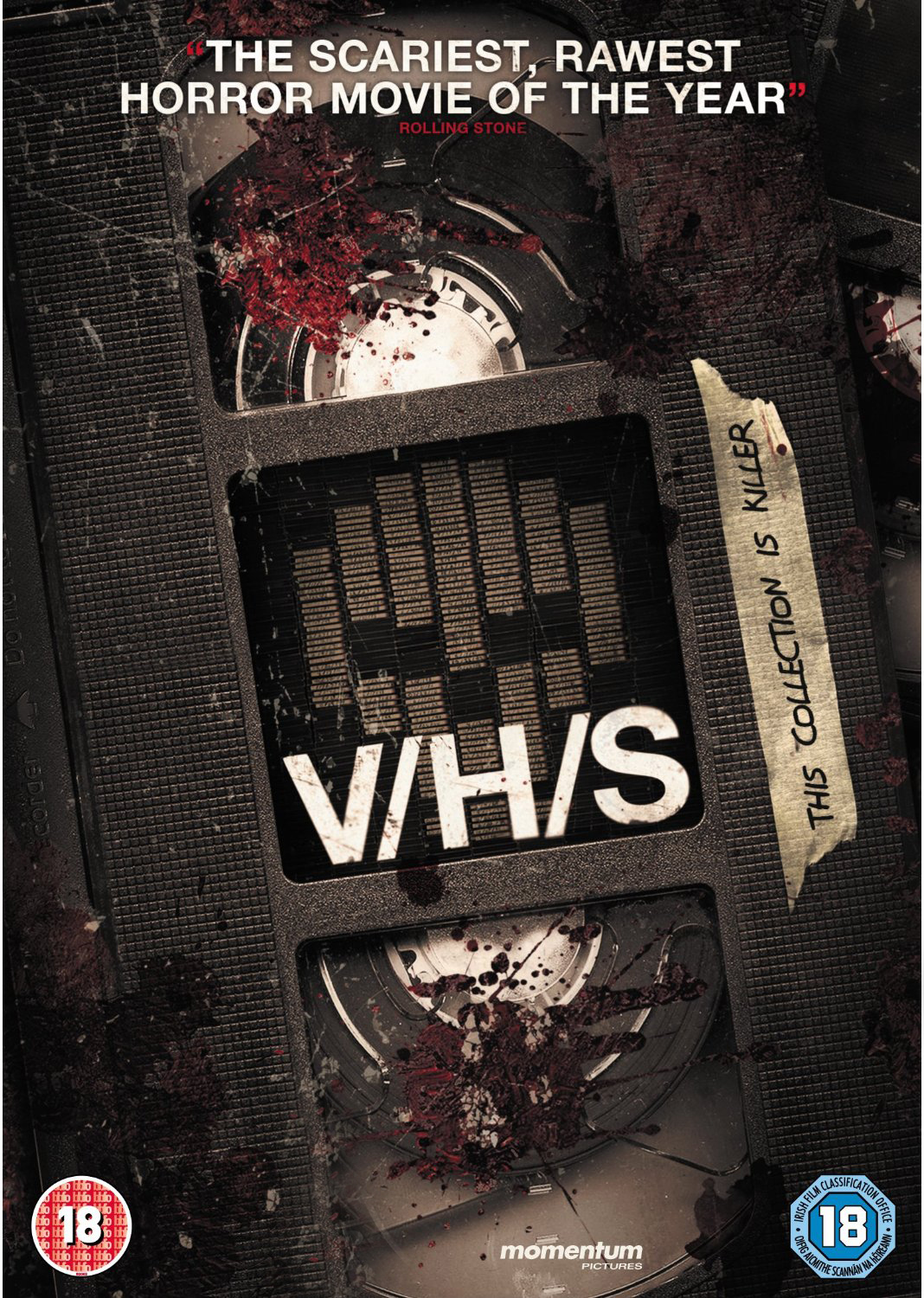 V/H/S is an anthology of short films within an overlying story arc depicted by “Tape 56.” On this tape, a group of thieves attempt to retrieve a VHS tape from a seemingly vacated home with the owner apparently dead in the living room. Over the course of the film, we see the members of the group disappear.

The Videos
In Amateur Night, a night intended for sexual exploits turns awry.

In Second Honeymoon, a vacation taken by a married couple ends with one of the spouses murdered by a mysterious voyeuristic stalker whose identity is revealed at the end of the recording.

In Tuesday the 17th, a group of friends are brought to the woods by Wendy in hopes of finding the killer who murdered her friends the previous year.

In The Sick Thing That Happened to Emily When She Was Younger, Emily is being used as an incubator for aliens by her boyfriend, James.

In 10/31/98, a group of friends attempt to rescue a woman undergoing an exorcism.

THE PSYCHIATRY OF V/H/S

The video tape, Amateur Night, depicts a case (Lily) of Borderline Personality Disorder (BPD). Some characteristics of BPD include unstable affect, inappropriate anger when feeling abandoned, and unstable relationships. After returning to a motel with a group of guys, Lily continues to pursue Clint, forging an intense relationship despite only having met him a couple of hours prior (idealization). The volatile relationship forged with Clint comes to a halt when Clint resists her advances, leaving her enraged. She takes out her anger on Patrick and Shane (devaluation) who, for the entirety of the film, she made clear she did not like. This idealization/devaluation serves as an example of splitting; an ego defense mechanism where a person is seen as either all good or bad. Her feelings of abandonment and unstable affect manifest again at the end of the tape when she switches from crying to growling after Clint again resists her sexual advances.

In the video, Tuesday the 17th, we are introduced to possible substance-induced psychosis. Wendy tells the story of a killer in the woods who doesn’t become manifest until after the group shares marijuana. It is possible that Wendy was in fact the killer after smoking cannabis, and that a similar situation resulted in the events the previous year.

In the video, The Sick Thing That Happened to Emily When She Was Younger, Emily exhibits Cotard syndrome, which is the delusion that a body part has been missing or inserted. Emily believes that there is something in the hematoma in her arm. It is later disclosed that the bump is a tracking device, as James has been using Emily to incubate aliens. This shared delusion between Emily and James due to their relationship exemplifies Folie aI Deux. In addition, we are introduced to Dissociative Amnesia which is manifest when Emily does not recall the events that led to her black eye and arm splint.