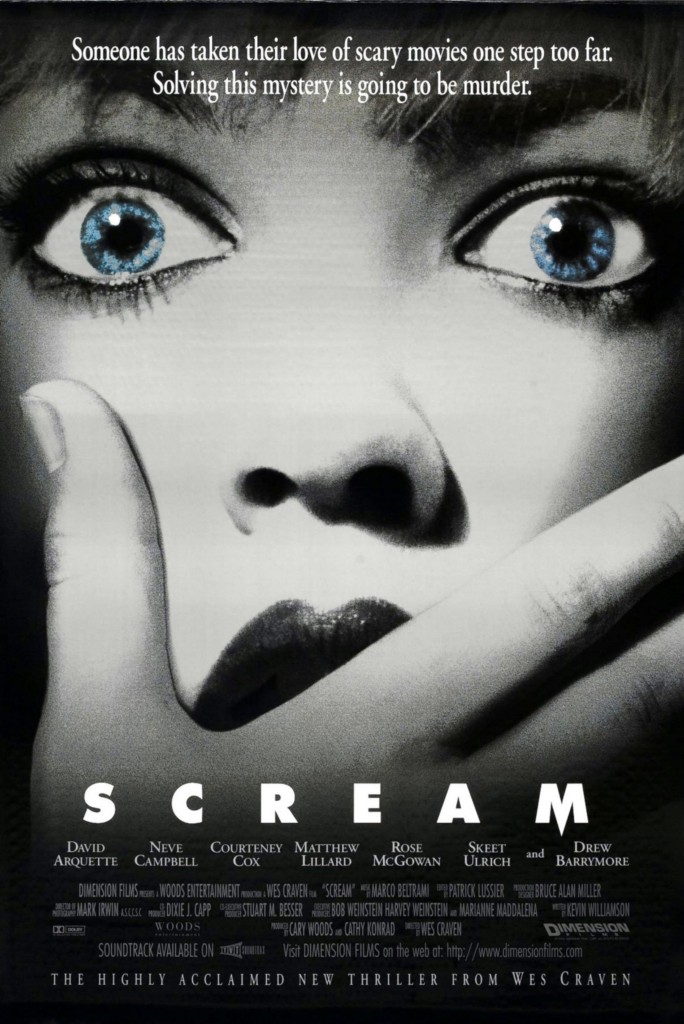 On March 18, 1940, in a small Missouri town, Janette Christman babysat for the Womack family. That night, she was raped and strangled with an ironing cord. Along with the death of Marylou Jenkins (who was also raped and strangled with an electrical cord 4 years prior) and the biography of Daniel Harold Rolling (Gainesville Ripper), her murder inspired a genre of film that included When a Stranger Calls (1979). 17 years later, Wes Craven would direct Scream, a slasher film that depicts Sidney Prescott, a high school student in the fictional town of Woodsboro, who is stalked by a mysterious killer known as Ghostface.

THE PSYCHIATRY OF SCREAM

Scream is a horror movie about horror movies. As the plot develops, the characters continually reference the multitude of horror films that inspired their own creation. In this way, Scream is a forerunner to Cabin in the Woods, explaining why audiences are drawn to the genre. Films like Scream resonate with us because the tropes are archetypes of our collective unconscious. In Craven’s film, we learn of the Jungian archetypal warning of what happens when you neglect your responsibility when caring for children. Similar to Halloween (1978) and Friday the 13th (both are, of course, referenced in Scream), Casey is talking to her boyfriend when she’s supposed to be watching the children. Ghostface then represents the keeper of prosocial norms that ensure the preservation of cultural values such as the welfare of children. This is the minor (familial) Father archetype that represents the virtues of sternness and control.

An unplugged version of Blue Oyster Cult’s (BOC) Don’t Fear the Reaper plays softly in the background while Sidney and Billy discuss the intimacy of their relationship. The music is highly symbolic. Among its many themes is its literal message to join the reaper/Ghostface [spoiler alert] who turns out to be Billy. Since Billy is the reaper, Billy is dead (he experienced an emotional death when his mother left him). In joining Billy’s alter ego (reaper), Sidney then would be committing suicide. Billy’s (and BOC’s) message is clarified; this is a murder- suicide. In this way, Scream can be enjoyed as an 80’s version of Shakespeare’s Romeo & Juliette.

The film also depicts Persistent Complex Bereavement Disorder in its main character. Specifically, Sidney demonstrates intense emotional pain in response to the death of her mother, and remains preoccupied with the circumstances surrounding her death. Given that Sidney is “contemplating suicide” and appears underweight, an eating disorder should also be in the differential diagnosis. Movies that depict matricide (especially by an adolescent female) are analytic depictions of Anorexia Nervosa. Taken together, the audience is made to consider whether Sidney had an active role in her mother’s murder. This consideration sheds a different light on the dynamics between the characters. For example, is Billy’s message to “join the reaper” instead an invitation for Sidney to rejoin Randy and him in another murder spree? This interpretation also transforms the hated character of Gail Weathers, a shallow reporter who is in search of the truth behind the original murder, into one whose harassment of Sidney is deemed justifiable if Sidney actually did play an active role in her mother’s death. It isn’t surprising, then, that it is Gail who just so happens to end the movie with an impromptu news report about the night’s events.