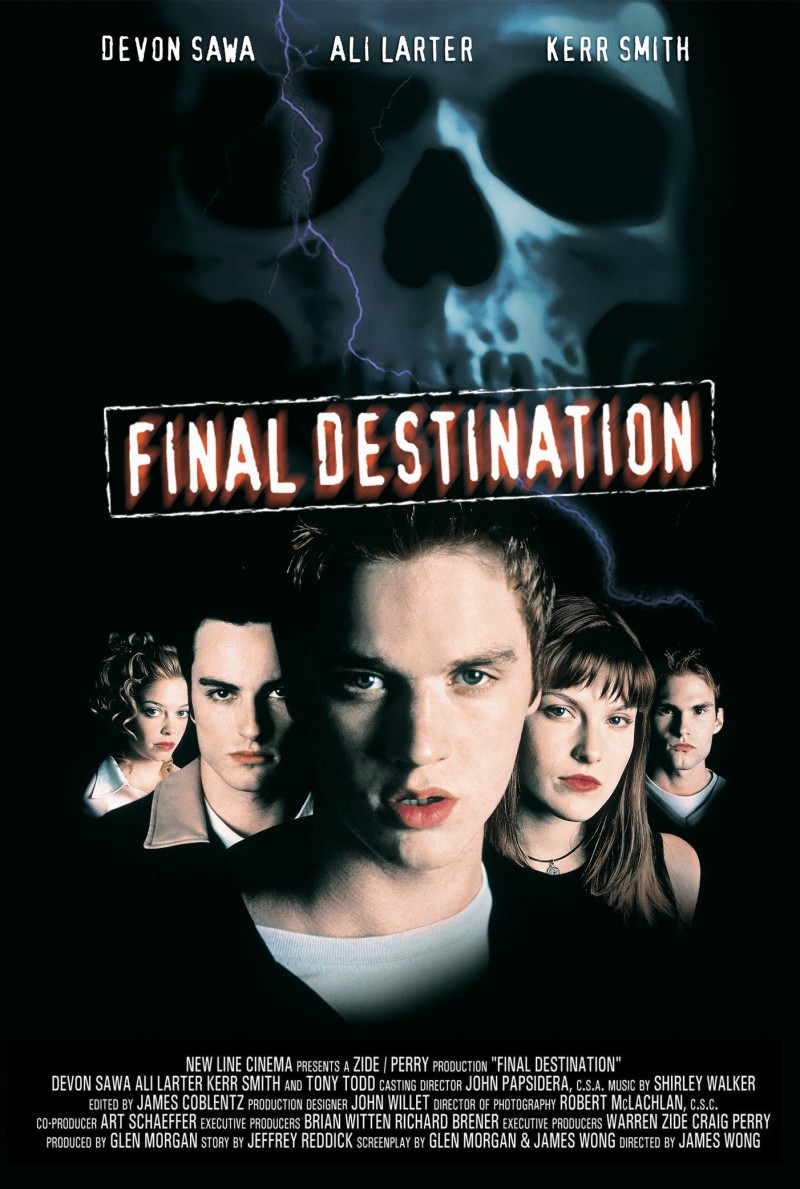 On this date, October 12, 1997, John Denver was killed when his plane crashed into Monterey Bay near Pacific Grove, California. Final Destination (2000) is the first installment in the Final Destination series, a franchise of horror films involving premonitions. Unlike other horror movies, the franchise is iconic for portraying Death as the major antagonist. Specifically, the movies build on the concept that “cheating” Death is impermissible and thus, death is unavoidable.

The film chronicles the events that unfold after Alex Browning, a high school senior, and his classmates board a plane to Paris for a school trip. Shortly before departure, Alex Browning has a premonition of the plane exploding, causing him to frantically warn everyone about the flight. After being escorted off the plane by security, Alex and several of his classmates soon learn that his vision would come to life. The students’ relief of not being on the plane quickly turns to anguish as they attempt to evade Death’s final ultimatum.

THE PSYCHIATRY OF FINAL DESTINATION

The plot of Final Destination revolves around the concept of premonitions; a term used to describe a psychic ability to see into the future. Specifically, Alex’s vision of his plane exploding allows him and several of his peers to “cheat” Death by avoiding an untimely demise.

As an otherwise well-functioning high school senior, Alex’s premonition calls into question his ability to see into the future. Similar tropes in other movies, such as Donnie Darko, portray psychosis as a core sign of major mental illness (schizophrenia and delusional disorder). However, new onset psychosis as part of a psychiatric disorder is viewed as a diagnosis of exclusion. Therefore, one must consider a vast array of possible etiologies for Alex’s premonition.

Hallucinations that occur while falling asleep are termed “hypnagogic.” These disturbances in reality occur while one transitions from the awake to sleep state. Commonly associated with narcolepsy, hypnagogic hallucinations often occur in adolescents and are indistinguishable from reality. Other potential causes for altered reality in Alex include substance ingestion. According to the National Institute on Drug Abuse (2014), 27.2% of high school students surveyed reported use of an illicit drug. Hallucinogens, inhalants, and other illicit substances are well-documented causes for psychosis in teenagers.

Following Alex’s premonition, unusual events begin to unfold in the lives of others on the plane. The events are forewarned by “Rocky Mountain High’ throughout the film, reminding the survivors that John Denver died in a plane crash. Thirty-nine days after the plane explosion, a memorial service is held for victims of the tragedy. Later that evening Alex’s friend, Tod, was found strangulated to death in his bathtub. The film depicts his death as a series of events beginning with a leaky toilet; the water on the floor causes him to trip into a clothesline ultimately leading to death by strangulation. Tod’s cause of death is ultimately ruled a suicide.

Posttraumatic stress disorder (PTSD) is a psychiatric condition triggered by exposure to life- threatening or horrifying personal experiences. It is characterized by persistent re-experiencing, hypervigilance, and avoidance of stimuli associated with the traumatic event. When these symptoms last longer than one month, it is diagnosed as PTSD. Acute stress disorder (ASD) is a similar diagnosis when symptoms have persisted for less than one month. PTSD carries a significant association with suicidal attempt. Perhaps Tod truly suffered from an underlying anxiety disorder stemming from the plane explosion he witnessed. One could argue that Tod’s death was a consequence of his untreated psychiatric disorder, PTSD.

Finally, the concept of Death as a personified entity has played a role in many films (The Ring, 2002) and mythologies. For Alex and several other characters in the movie, Death plays a prominent role in their daily functioning. Throughout the movie, these characters work together to outsmart Death and prevent their demise. Their constant belief in this embodiment, despite no factual evidence of its existence, relates to the psychiatric condition termed delusional disorder.

Delusional disorder is the presence of one or more delusions (fixed, false beliefs) that last for at least one month. These beliefs cannot be due to a psychotic disorder (schizophrenia), mood disorder, substance use (e.g., cocaine), or other medical conditions (e.g., infections, dementia, endocrinopathies). Alex’s fixed belief in the presence of Death is consistent with a plausible delusional disorder diagnosis.

The franchise moves forward with Final Destination 2, which picks up with Clear (the last survivor of the plane explosion) voluntarily admitted to a psychiatric hospital. Evidently the role of psychiatry in the franchise is not solely implicit after all.