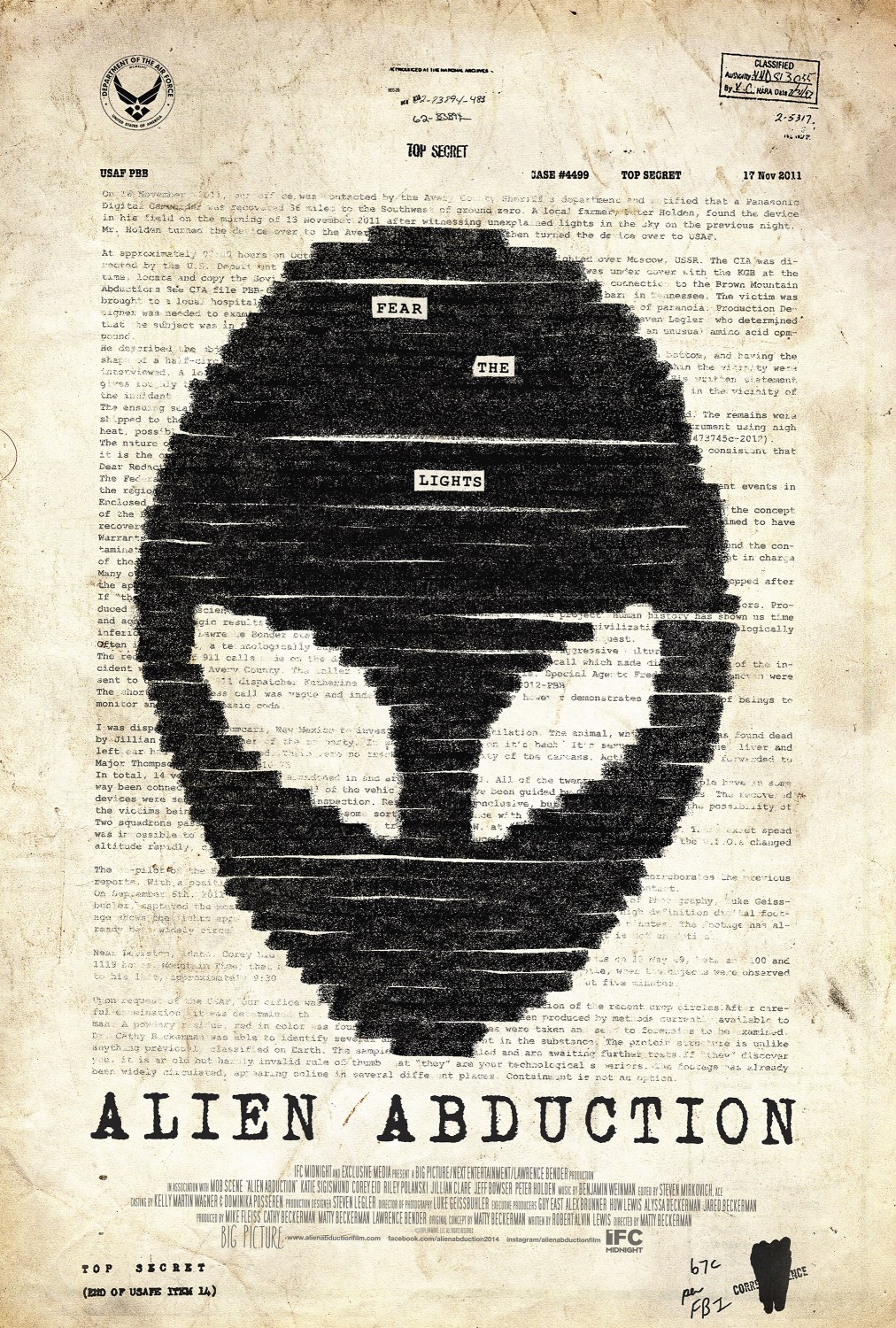 Incident in Lake County is a larger-budget version of The McPherson Tape which originally aired on UPN on January 18, 1998. Despite The Blair Witch Project (our February 27 destination) having been credited with the found footage explosion, Alien Abduction actually predates SaI?nchez and Myrick’s work.

Alien Abduction is presented as a video tape made by Tommy, a teenager in Lake County, Montana, during his family’s Thanksgiving dinner. This week’s 52in52 blog will focus on Tommy and his family’s close encounter with an alien invasion as well as the original mockumentary which is purported to be from the Northwoods, Connecticut U.F.O. Case 77.

THE PSYCHIATRY OF ALIEN ABDUCTION (1998)

Classified as “Alien Beast” on Joss Whedon’s Big Board in Cabin in the Woods (2012), the alien invasion/abduction subgenre captures our culture’s universal fear of the unknown. This archetypal fear can be traced as far back as the 17th-century when Charles Perrault wrote his folkloric tale, Le Petit Chaperon Rouge (Little Red Riding Hood), a prosocial warning not to wander into the unknown. Its alien inclusion occurred in 1938, when H. G. Wells’s novel, The War of the Worlds, was broadcast on radio on “Devil’s Night” (October 30). The beginning of the radio drama was presented as a series of news bulletins reporting the invasion of Martians. Similar to the radio broadcast by Orson Wells, which threw the town of Grover’s Mill, NJ into widespread paranoia, The McPherson Tape also created controversy, as it was created to appear as a genuine home video.

Like the zombie, alien beasts evolve along with a culture’s fears. Therefore, a post-World War II variation of the “unknown” theme includes the idea that “they are among us.” This is depicted in Who Goes There?, a novella by John Campbell that was adapted to the screen as The Thing from Another World (and remade in 1982 as John Carpenter’s The Thing). In Carpenter’s film, members of an Antarctic research station battle an alien life form that was awakened from its dormancy deep within the ice. Since the alien can assimilate at the molecular level, the researchers grow paranoid of each other, any one of whom can be the alien, phenotypically disguised.

This week’s movie also depicts extreme denial best demonstrated by the family’s intention to leave the house – “will you be by tomorrow for breakfast?” – despite just having spotted a gray in their backyard.

Men in Black (1997) merges this ego defense with the above “they are among us” theme: “There’s always an Arquillian Battle Cruiser, or a Corillian Death Ray, or an intergalactic plague that is about to wipe out all life on this miserable little planet, and the only way these people can get on with their happy lives is that they Do… Not… Know about it!” (Agent K).

Another ego defense, dissociation, is manifested by Rene (then the grandmother) when she’s described, “like you were sleepwalking” and doesn’t remember how she got from the kitchen to the door. Interestingly, it is during one of these dissociative episodes that the grandmother attempts to open the door for the aliens (paralleling having to invite a vampire into the home). This scene further pushes the “aliens are among us” narrative forward as it implicates us as an active participant in our own demise (abduction).

The film ends with an announcement to contact 800-555-7070 with any information of the McPhersons’ whereabouts.