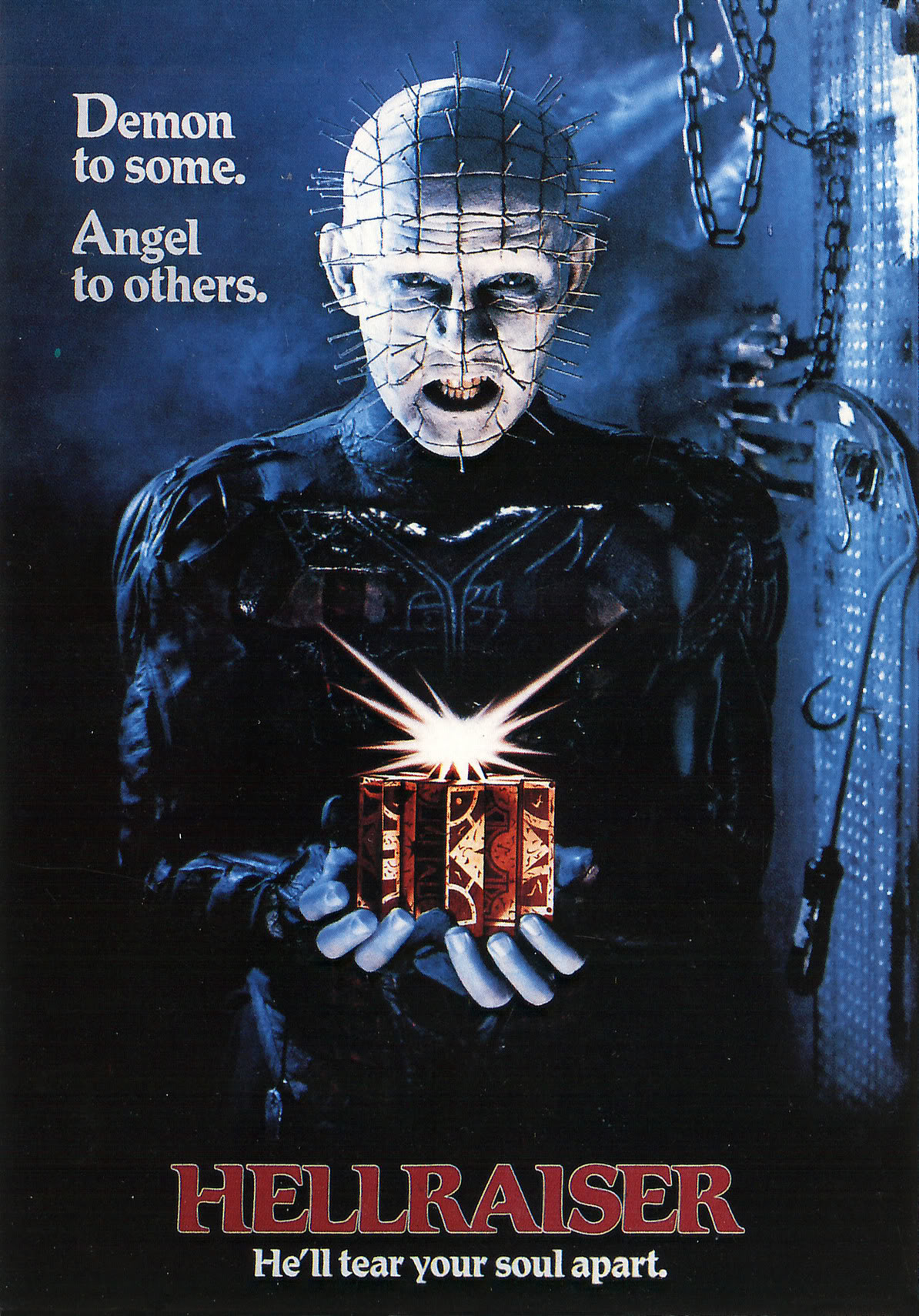 In celebration of Clive Barker’s birthday (10/5), Hellraiser is a horror franchise that consists of nine films, a series of comic books, and merchandise based on the novella, The Hellbound Heart, by Barker.

We know from Homer’s Iliad that the Greeks maintained a culture based upon honor. Knowing the boundaries of one’s place was essential to safeguard order and justice. Moira, a word for fate, was simultaneously a word for “portion’ or “that which one was due.” The sanctity and stability of the culture was continually threatened by lustful and prideful strivings.

Nemesis was fate’s punishing avenger. Older than Zeus, she was the goddess of divine indignation and retribution. An executor of justice, she punished excessive lust, pride, undeserved fortune, as well as the absence of moderation. As a goddess of rightful proportion, Nemesis despised transgressions of moderation. Her mission was to intervene in human affairs to restore equilibrium when it was unbalanced by those who were lustful.

Hellraiser is a modern Greek tragedy about a man whose lust for self-indulgence leads him on a search for Lemarchand’s box; a key that opens the door to another dimension. The tangent dimension is the realm of the Cenobites who are led by the mysterious Pinhead. Hellraiser is a film that depicts the trials of Frank Cotton who will battle his nemesis in a quest to “explore…the further regions of experience.”

THE PSYCHIATRY OF HELLRAISER

Like so many Greek myths, Hellraiser illustrates the dangerous manifestations of lust across time and culture. Configurations of lust have been on our phylogenetic radar as archetypal forms of warnings. Ancestral warnings about lust reflect our species’ innate preparedness to protect prosocial behaviors. The role of Jungian prosocial behaviors – such as fairness, cooperation and reciprocity – is to create and maintain societies.

However, lust for power is also instinctual, linked with survival advantages. The movie, Hellraiser, is an illustration of the collision between these opposing archetypal needs.
Hellraiser also serves as a case study of the paraphilias (sexual deviances), specifically, Sexual Masochism Disorder. Defined as recurrent and intense sexual arousal from the act of being made to suffer, viewing the film as a case study of the paraphilias paints Frank Cotton as a loathsome and dangerous character.

The Cenobites – “Angels to some, demons to others” – are incarnations of the Furies; with Pinface as the modern manifestation of Nemesis. This alternative interpretation transforms the
character of the chief Cenobite and parallels the other main characters of the film with Aeschylus’s Oresteia (Table 1.)

Yet another alternative theme transforms the character of Frank into a spiritual healer rather than a sexual deviant. Shamanism is humanity’s oldest healing art, dating back to the Paleolithic era. While the origin of shamanism can be traced back to the Tungus people of Siberia, the designation may be applied to any healer who uses consciousness-altering techniques in their healing work. It is necessary for the shaman-to-be to enter into an extreme personal crisis in preparation of his/her role as a healer. The “shamanistic crisis” is the term applied to the psychotic episode that calls a person into shamanism.
In many cultures, specific “first-rank” psychotic symptoms are interpreted as an indication of an individual’s destiny to become a shaman (rather than a sign of mental illness). Such symptoms include “babbling” confused words, displaying curious eating habits, singing continuously, dancing wildly, and being “tormented by spirits.” These signs usually adhere to 3 phases of spiritual enlightenment:

While Frank Cotton may be depicted as a sexual masochist with blatant disregard for others’ well-being, perhaps his bizarre behavior as evidenced by his being tormented by spirits is due to a shamanistic crisis. His a) solving Lemarchand’s box – “You solved the box, we came. Now you must come with us, taste our pleasures,” b) seduction of Julia to reconstitute, and c) transformation into the flying creature (cosmic bird) at the end of the film all suggest a psycho- spiritual interpretation.